The price of coking coal has more than doubled in four months, causing it to fast become the best-performing commodity of 2016, a leading mining veteran says.

“This is an amazing and exciting price jump, at near-record levels,” says Tim Crossley, an advisory board member at leading project management and advisory firm Siecap.

“It’s at almost-record Australian dollar prices for coking coal. The market peaked at a little above t $300 US a tonne four-to-five years ago. 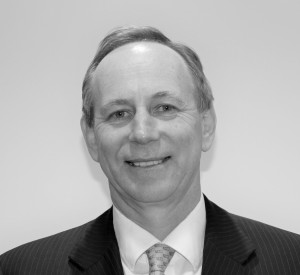 He said major drivers of the price surge of coking coal – an indispensable ingredient in the steel-making process, also known as metallurgical coal – include slowing supply growth from China after its recent, heavy rains and Beijing’s decision to limit coal mines operating days to 276 or fewer years.

“It was initially triggered by the new Chinese policy to cut back on working hours – that gave the market its initial kick-up in pricing.

“Once you start to see these big daily jumps in prices, spot traders are probably thinking: ‘I might just hold off that cargo today, because tomorrow I’ll get a higher price’. Then, that starts to create a bit of a snowball effect – the demand side starts to get a bit anxious, so they lift the price even further.”

Short-term supply tightening in the Australian coking coal market has also contributed to the price surge, as has buyer complacency, Mr Crossley said.

“Buyers have had three-to-five years of it being a buyer’s market, with oversupply and they probably got a bit complacent – they didn’t necessarily have all their ducks in a row, locking in volumes, because they thought they didn’t need to. And all of a sudden, they’ve been caught with their pants down because the supply side has tightened up.”

And while the coking coal price jump has had an undeniably positive impact on the mining industry, it’s not all good news warns Mr Crossley, with the price surges likely to be “unsustainable”.

“Some companies which had a freeze on investment might start loosening the purse strings a bit, but people will want to see a couple of months of momentum and some stability here before companies start spending up,” he said. “It’s a relief to see these prices, but a lot of people will want it to steady out after all the recent industry volatility.

“Off the back of the price surge, some of our own coking coal producers might start to look at changing rosters and ramping up workers’ hours in response. On the whole, it’s great news for Australian producers particularly given where the exchange rate is.“Queensland producers arguably mine the world’s highest-quality coking coal, particularly in the Bowen Basin. We are certainly well-positioned to continue to supply to our traditional markets of Japan, Korea, Taiwan as well as China and the growing Indian market.”